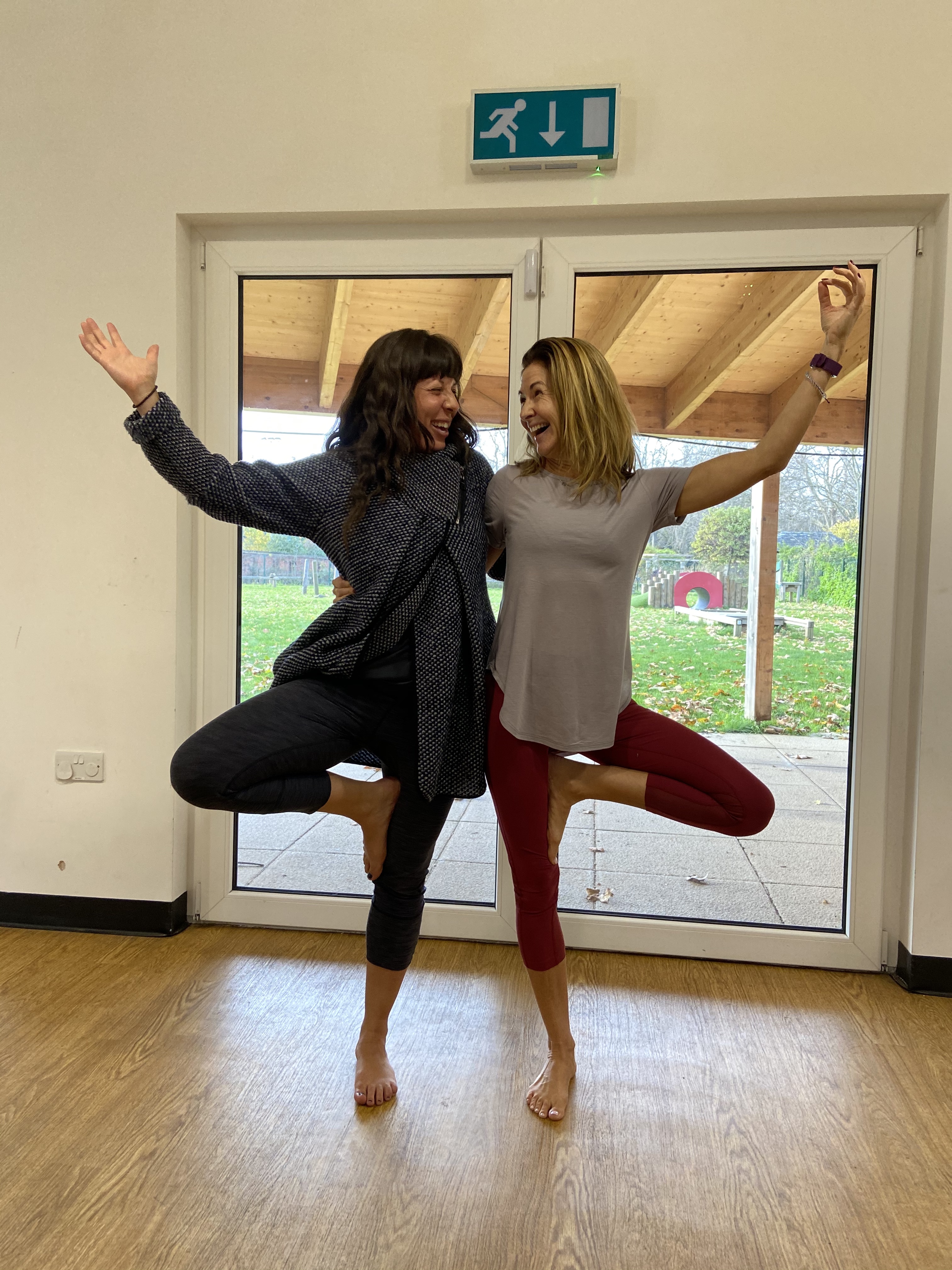 Posted at 21:37h in YOGA by Georgie Pincus 0 Comments

So after five months of trying to get my website back on-line (sadly after I put my trust in someone who was meant to host my site and ended up with it being terminated). Fast forward five months and we are back – just in time for the beginning of the New Year. No more long silences – I promise! Lots has being going on since the summer so we have lots of catch up on! There has something I have been thinking about for a very long time but never had the courage to put it into fruition until now. I have been practicing yoga for the past 25years, my love of this ancient practice has become part of my life with its benefits of maintaining healthy bones, flexibility and mental health. So I decided to finally do what I had been talking about for such a long time and train to be a certified Yoga Teacher. I’d like to be honest here – if I hadn’t had found Yoga London who had just written a blog on “older yoga teachers” and how they were teaching so many women in their 40 & 50’s, I don’t think I would have signed up. At 48, I thought I was passed training in something new, especially something to do with Fitness. I didn’t think there would be market for me (any excuse for not pressing that button). My lovely girlfriend Annabel @annabelspilates reminded me that she trained at exactly the same time in her life as a Pilates instructor and now she is so busy with clients of her age who prefer to be taught by someone who is the same age.  My other girlfriend Davina McCall who has recently qualified as a personal Fitness Trainer also went through teacher training in her early 50’s so there is a space for us all whatever your age. So I just did it! Pressed go and paid the deposit which was non refundable so I knew I wouldn’t change my mind. So off to Kennington Park in London I went for my intensive Teacher Training. This was my home from 9-6 every day – a studio in a beautiful park near The Oval.

Although I was seriously excited about the training I was doubting my ability to going back to school again. I was never a particularly dedicated student back in the day so was frightened of failing and not graduating. I do believe though, that as it was something I wanted to do for such a long time and it was a subject I was interested in not to mention I paid for the course out of my savings. I truly believe that if the subject is interesting to you – you can’t fail.

Having practised Yoga for over 20 years my understanding of asana’s (yoga poses) and the different types of yoga were ok but it was the history of it which was so enlightening. I along with most people went and practised yoga knowing very little of where it originated and how far back it goes. I was the eldest out of all of the students which at first I was a little nervous about as many had only come out of higher education in the past decade but I had needed not to have worried. These group of 14 women and 1 man were to become not only my fellow students but my friends who I confided in. It’s amazing when you are on a journey of self-discovery how everyone around you becomes part of that new path. I can honestly say it was such a treat to share the studio with these people and learn so much from them.  I became the mum of the group bringing in homemade cookies and healthy snacks which were gratefully received by all.  Having no kids at home during the week I loved cooking for these lovely group and it gave me such pleasure in feeding them. These people had travelled from Canada, Japan, America, Scotland, Hong Kong and Paris to come to this amazing training course.  I know i’m biased but they do say that @YOGALONDON has one of the best reputations when it comes to teacher training courses. The different subjects we studied were all fascinating, although we all knew we had to passed the exams at the end of the course so being alert and engaged was imperative.  The practical exam was the one that everyone was most scared at the beginning as we had to learn an hour long sequence which seemed so daunting at the beginning of the course but after everyday of practicing it we got it in the end. The Anatomy module was so in-depth they say its like studying a personal Training course.  Our Course leader Corrie McCallum @stretchbreathesmile who specialises in the Anatomy module is the most patient and kind hearted person, it wasn’t easy for her, believe me,  we were a difficult bunch who asked so many questions.  I did wonder if it send her slightly around the bend,  at any rate she never showed her frustration.  Being an ex-dancer and west end stage actress you can imagine she has the lithest of figures and the most effortlessly flexible body, but at no time did she make anyone feel like they were unworthy of being there or was ever judgmental.   We came in all shapes and sizes and came with differing experience of yoga but everyone was treated as equals.  This photo was taken the day of my graduation with her.  Thank you Corrie for being such a fabulous teacher.  I will be back in the New Year for more training! 2020  I am ready to start my new journey as a Yoga Instructor, I would be lying if I said that I wasn’t a little nervous but I am super excited to start my new classes In January and 1-1 lessons which I have already been booked for.  Maybe this idea wasn’t such a bad one after all!

This is my little studio where you can find me from January! For anyone who is interested in joining my classes or are keen to have a 1-1 lesson, do get in touch.   07767 488405 or email me on georgie@fortyandevolving.com